It’s that time of year again, trade show season, and many of you may have already noticed that we have been travelling far and wide showcasing our upcoming collection. You may also have noticed that we have included some beautiful vintage pieces from yet another era; The Swinging Sixties! 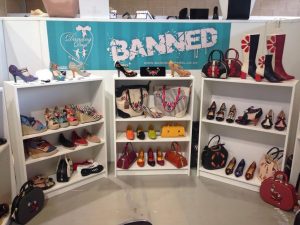 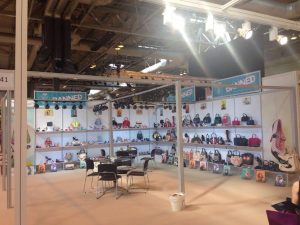 The ‘Swinging Sixties’ decade was ten years full of fun, frolics and attitude. The clean, conservative very elegant style of early 60’s icon, Jackie Kennedy, whom would often be seen in knee length dresses was quickly replaced by Brigitte Bardot who was often the opposite (!) bright, fun, daring, expressive and wore skirts and dresses with a much higher hem line! 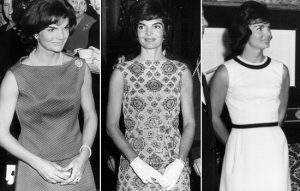 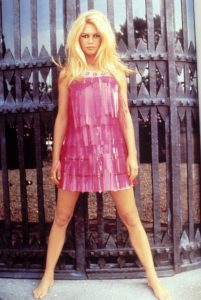 Sixties fashion was also about a return to youth; large collars, bows, delicate embellishments and trimmings would make women appear younger and smaller whilst oversized, tunic-style dresses would hide a woman’s natural body shape de-emphasising their natural form and capturing the playful, youthful side of the 1960’s fashion. Over half of the American population, at this time, were under 25 years old and a large portion of Europe also had a younger age group and so it made sense that there was such a shift in style from the 1950’s mature fashion. Tight pencil skirts, corset tops and dresses loosened up into the shapeless shift dresses and kitten heels, trainers and Mary Jane strap shoes made a comeback. The baby doll look was also incorporated into hair, makeup and dresses. 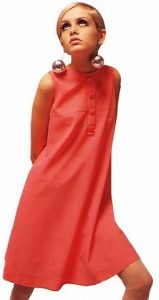 The sixties shift dresses were mainly worn for casual purposes; shopping, heading to the beach and running errands. The hem was often worn higher than the knee and was not suitable for the workplace. 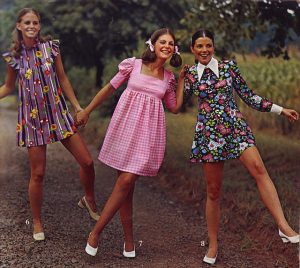 Baby doll hair, makeup and dress of the Swinging Sixties.

The swinging sixties was also a time of sexual power through fashion. The length of a woman’s dress or skirt would be a direct indication of her sexual liberation. Short hems were not intended to attract sexual interest but they were a way for a woman to decide what attention she wished to accept.

The artwork and patterns of the early 1960’s were inspired by the art and music movements of that era with bright and bold patterns taking over. It was nigh on impossible to be too over the top! As the 1970’s drew nearer the colours began to warm up and took on more earthly tones. 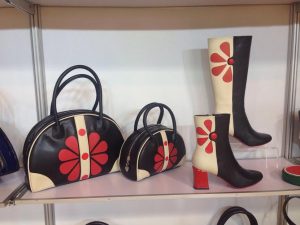 Just some of our new handbags and boots coming to a Banned Apparel retailer near you. 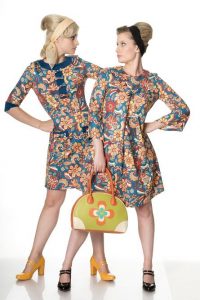 1960’s inspired collection coming soon to a Banned Apparel retailer near you. 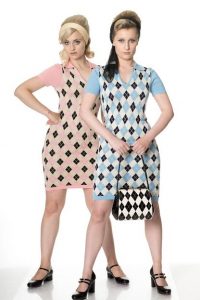 Banned Apparel is a manufacturer of fine vintage inspired clothing, footwear and accessories and, although we may not sell directly to the public, we do have an impressive list of retailers worldwide both online and with physical stores. It is very easy to find your nearest supplier. Simply enter ‘Banned Apparel’ into your search engine for a selection of vintage and also darker inspired pieces.

Need help? Please feel free to contact us through our social media or via info@bannedapparel.co.uk