The Occult fashion movement is making a fierce comeback but, unlike the 90’s, it is a lot more subtle, with touches of darkness and Gothic undertones attracting a much wider audience. Today’s Occult fashion features symbols from Ancient Egypt, paganism and witchcraft mixed with the latest street style.

So, what exactly is Occult?

1- To psychologically place the wearer in an extraordinary sense of reality;

2 – To identify the status of the wearer within a social group;

3 – To indicate the beliefs of the wearer.

In the late twentieth century, some occultists wishing to be recognized in mainstream religious and cultural arenas adopted stereotypical occult dress – black robes, pentacle jewellery, black hair, and black eye liner. While controversial among occult communities, they visually publicized and communicated occult membership and beliefs by wearing this type of dress.

Occult dress has also influenced subcultures. The dark-romantic Goths, some heavy metal music fans “headbangers,” and a variety of vampire subcultures utilize elements of occult dress, especially stereotypical components, such as black clothing and pentacles. Occult dress styles are more commonly worn by these subcultures as a symbol of subculture affiliation, rather than as an indicator of religious or spiritual beliefs and practices.

Inspiration Behind the Occult Fashion Movement.

Alchemical Symbols;  In order to try and keep track of all their experimentation, alchemists came up with new symbolic ways to represent elements in a shorthand way, using pictographs. These days, some of the symbols are still in use in the scientific fields, but they also show up as a beautiful print on fabrics. Tarot Cards; Tarot cards are experiencing a huge, almost cult-like following. Tarot cards are a form of divination, which literally means working with the divine, or your higher self, which is the ultimate purpose of tarot cards. They are often beautifully illustrated, many with distinct, medieval style artwork. These cards have become iconic over the years due in part to the symbolism of each character but perhaps also to the respect many people have for things just on the line between believable and unreal. 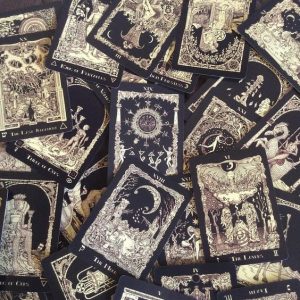 Astrology Symbols; The symbols used to denote a person’s sign, both in Chinese astrology (animals based on your birth year, like Boar and Tiger) and Western astrology (with its roots in Greek astrology and signs like Taurus or Gemini), are common themes on Occult clothing.

We have a wide range of occult inspired clothing, footwear and accessories. Check with your local Banned Apparel retailer for availability. Having trouble? Feel free to contact us; info@bannedapparel.co.uk 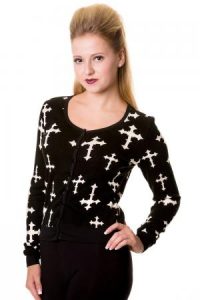 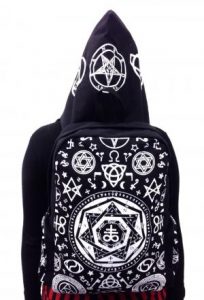 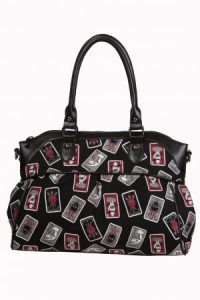 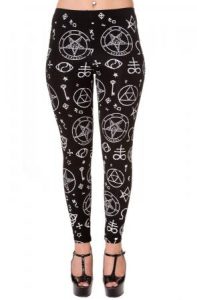 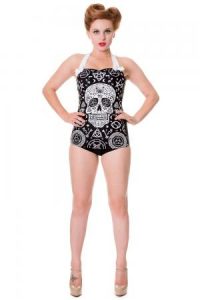